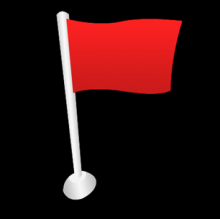 two (up to three allowed)

Territories is a base style game, where play revolves around capturing and holding bases more than tagging the opposition.

All bases start the game “neutral”, and can be tagged by players.
Once tagged, a base station will issue points for every 10 seconds it
is owned to every player on the team that owns it.
For example, if red team captures a base station, they will all get 15
points every 10 seconds. If they capture another base, this will go up
to 30 points every 10 seconds.
Players will get only 20 points for tagging each other, thus, the
majority of points will come from holding base stations.
The game is won by the team with the most points at the end of the
round.
Arena Components use the Territories configuration – Bases are
capturable, and Wall Targets and Energy Gates use basic functions.